We have all heard this elementary school playground taunt before or some similar variation maybe from a sibling-like Ferris Bueller’s tattle-telling sister Jeanie: ‘Girls rule, boys drool’.

Robot’s do *not* ‘rule’ factories. In highly proceduralized labor, human still account or rule 72%* of all labor.

The world of manufacturing has changed dramatically over the last century towards full automation, and probably the automotive industry is the poster child amongst others. Many folks speak of the need to digitize and automate any and all processes in vehicle manufacturing due to the growing demand for mass customization features, while totally eliminating the need for manual labor in the production line. As expressed by ARC advisory firm: “The pressing need to reduce costs (especially labor costs) while simultaneously increasing quality are the main drivers for increasing both use of robots and automation in general along the complete automotive value chain”. Factory automation is a no-brainer decision when you take as a key metric the labor cost per hour in Western countries and compare it to the operational cost of robots performing the same tedious, repetitive tasks.

End of discussion? … not yet.

Let’s take one example: the Tesla Model 3 production. Tesla CEO Elon Musk expressed that the biggest challenge for Tesla has not been the design and production of the cars but scaling up their manufacturing. He commented, “It’s relatively easy to make a prototype but extremely difficult to mass manufacture a vehicle reliably at scale. … For cars it’s maybe 100 times harder to design the manufacturing system than the car itself. (…) Manufacturing electric vehicles is insanely difficult” Musk said. “Those who have not been involved in manufacturing just have no idea how painful and difficult it is. It’s like you got to eat a lot of glass” – Forbes.

Elon’s comment is born out of the fact that Tesla’s Model 3 was designed to be fully “manufactured” by robots. The experiment was unsuccessful: Tesla failed to reach the promised production volumes that they initially promised. Musk painfully evidenced that they trusted the ability to process their automation too much. Inventory shortages of a single component (out of thousands); supply delays from third-party auto-part providers would completely stop production.  In his own words: “Excessive automation at Tesla was a mistake. To be precise, my mistake. Humans are underrated”. An article from The Guardian also mentioned: “humans, rather than machines, were the answer”.

It’s worth reflecting on the role of robots are becoming lighter, more agile, mobile, and more aware of their (changing) environment. Haptic sensors can manipulate small components in an assembly line. Robots no longer have to be jailed to protect human co-workers, and no-code robot programming is becoming the norm letting average ‘joes’ work with them.

In an automotive factory, the vast majority of activities can be fully automated but there are other activities that are fully manual; it’s a fact of life. Instead of investing tons of money in expensive production automation projects, it seems like orchestrating the work between resolutive human workers and efficient robots in a way that they complement each other’s strengths and weaknesses is the right thing to do, at least until “humanoid” robots can make creative decisions in any given situation.

But humans are expensive and unreliable, right? … Well, it always depends on their valuable contribution to the whole manufacturing process.

Modern manufacturing is fully documented with SOPs (Standard Operating Procedures) in almost every step of the production chain to prevent manual errors, increase predictability and allow for quality checks and traceability.

For those manual activities that remain in every manufacturing site, assisting the worker to execute a defined procedure in real-time, and guiding them step-by-step to avoid deviations is the best way to improve productivity and optimize the cost of quality.

Our ‘why’ is to help manufacturers and workers to stop having to ‘eat glass’ all day, every day.

nFlux is working towards a world where human workers continue to be a vital asset in the whole value chain … and quality engineers in factory floors can be redeployed to more creative and interesting activities than manually sampling statistics from the production belt.

nFlux has come a long way from space to earth, bringing our astronaut assistance technology, initially developed for NASA, to everyday workers that are looking for more efficient and intuitive tools that can make work easier while reducing blind data spots in the factory line and avoiding rework and the painful cost that comes with it.

If you are interested in keeping workers rocking & rolling 🤘 with space technology– let’s talk! 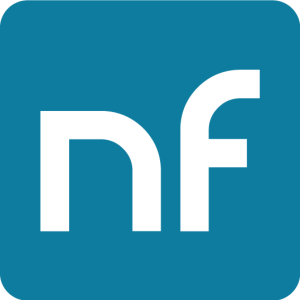 AIRBUS Spain has successfully validated nFlux Guide™️, a Computer Vision assistant for manual operations, to increase visibility of the shop floor and to optimize cost of quality.

The Quest for Perfection in Manufacturing: Are we searching in the right place?

Humans have aimed for perfection in manufacturing since the origins of commerce but the general perception would say otherwise. Have you tried asking close friends:

Sign up for our newsletter to get updated information, news, or insight about how new technologies can enable the workers of the future.